Showing posts from December, 2008
Show all

December 31, 2008
Happy New Year! I wish you good health, peace and success in 2009. Thank you to all of the amazing, wonderful souls I've met since I launched Mama Shujaa just eight weeks ago - My DRUM. Thank you for beating it with me. I look forward to us exploring the different rhythms in our lives. In the meantime the rhythm that runs through these amazing young Djembe players - Isaiah and Abdoulaye - mmpphh! Simply beautiful. Asante sana, stay blessed! The beat continues... Mama Shujaa.
25 comments
Read more 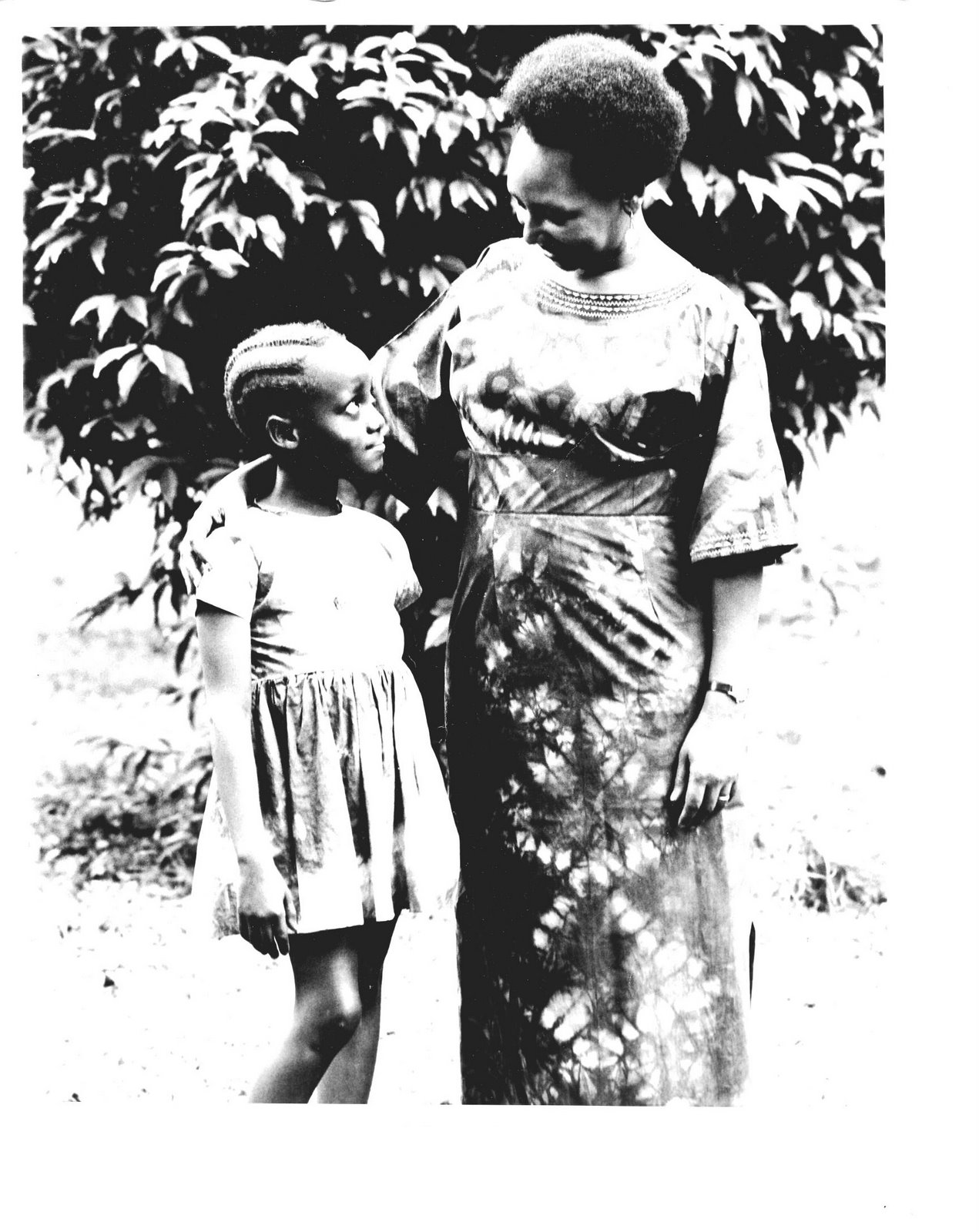 As you complete your memoir, please tell me, again. Tell me about the passion that resulted in a tragedy, in one act, the prize-winning scar . Remind me about the manuscript I helped type: Ripples in the pool , that unleashed a plethora of discourses on the protagonist, a prostitute, a mother... and quests for origins. Revive in me the drama surrounding the discovery of the hypocrite amongst us. Was that indeed a turning point in life? Tell me about Kenyan women heroes like you, and their mystical power. So that I may continue to be inspired by my uriithi; rooted in East Africa, transmuted in the Diaspora. So that I am reminded of the significance of correcting stereotypes. So that I am appreciative of ingenious oral narratives captured in those exciting folktales. Awaken in me The Sacred Seed (s) from which dreams of love and hope are created. So that I may pass the tradition on to your grandchildren. Carry me forward with the sweet harmony of your love, as indeed you have,
13 comments
Read more

By HANA NJAU-OKOLO The train rolls into Peachtree Center Station, Passengers alight. Thick black braids projecting North South East and West. She heads south on the platform. Moving in step behind her Trusting her built-in compass A coiffed hair-do and A proper bespoke suit. His meeting is southwest At the Ritz Carlton. Black mascara over blond, Stiletto heels and all. She has time to kill at Café Hard Rock. Ping Pong paddles in tow, He heads west with alacrity. The World Congress Center has An All-Star show. The comings and goings of folk In this spherical gray passageway, Dry coconut husks adorn Solid gneiss walls Cut from the strata of the earth. A moving stairway towers ahead Continually rising To a bright light in the sky. Multitudes of screaming blue tiles Plastered to the left and to the right Cry out in the light And die in the solitude of darkness. Lips pursed, She sucks unrepentantly At the marrow Lodged between her teeth. No. 3 at KFC. Who’s scared? She quips. The
11 comments
Read more 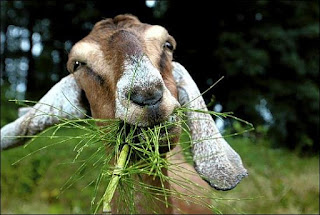 By Hana Njau-Okolo No authentic African woman would love her goat with the same reckless abandon of my groovy friend and her boy-toy over at MyBrownBaby . Gem Gume (pronounced gem gyüm), joined the family when a good uncle bequeathed her as a gift to the family. It is customary in African culture to gift cows, goats, or chickens as bride-price, and for celebrations like birthdays, circumcision rituals, christenings, Independence Day (not the movie), Christmas and New Year’s. The expectation is that the animals will be slaughtered and eaten on the occasion. Gem Gume, was one of several tokens of appreciation from my uncle who had given us his first-born daughter to live with our family in Kenya. Why? First, because at the time, educational opportunities for further studies were probably better in Kenya than in Tanzania; and second, my uncle had five children to my parents' two, at the time. My cousin, now the oldest child became the main tour guide of, and assisted with, the da
13 comments
Read more

Dying To Be Accepted

Pamela Kathambi was fifteen years old when she died. Her death was a loss to her village because she was a very hardworking young lady who would have completed her education and gone on to become somebody...and helped somebody. As hard as she worked and as much as she was appreciated, at the end of the day, she had to accept herself. In the stillness of her soul, she had to like herself. She did not. The age-old internalized traditions had penetrated her spirit, even beyond the current wisdom of her own mother. As she developed into a woman, as her breasts peeked, as her hips filled out, as she experienced her first menstrual cycle, only one act of honor would guarantee her an upstanding place in the community. That act of initiation was circumcision. When her mother refused to let her undergo the ritual , she grew depressed. She suffered ridicule from friends and school-mates. They called her mukenye (the derogatory name given to uncircumcised ladies). She feared that she would be
9 comments
Read more 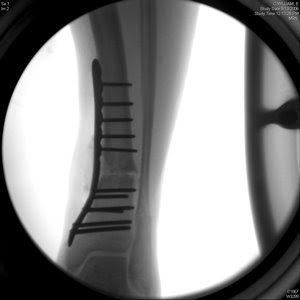 By HANA NJAU-OKOLO Joel’s teeth chattered noisily shamelessly betraying him again. Ten days into Indian summer and His built-in weather vane was signaling the onset of winter. “You ain’t no man!” Pealed into his eardrums. It’s fresh cadence seeping through, The knotted heap of perpetual questions Lining the cockles of his heart. Undeserved taunts spilled from The lips of boys and girls With sweet pubescence Around the school yard. Why at no cost, Will Joel exhibit that false bravado, The Big Apple swagger of his hometown? Now, choppy phrases enunciated in pain, Trip off his tongue as he tries to explain, To Ms. Bona Fide, once again. “Wait a minute, wait a minute now. Let me talk!” Was all he asked, he explained. His lanky back retreats into the tightly woven fabric Of the special brown chair, as he waits for Ms. Bona Fide To meet him half-way. The iridescent make-up on her eyes shimmers across the table, An oasis extending beyond the hospitable smile on her face, Warming the
4 comments
Read more

December 04, 2008
What comes to mind when you watch this video? Wacha wewe!
7 comments
Read more 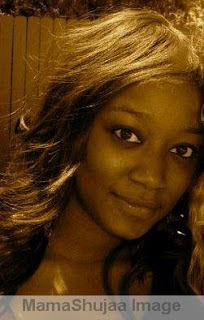 Leo Ni Bathdei Yako Kipenzi! Happy Birthday our darling! You are our joy, our Taji . It takes a simple perusal of your twenty-three years to conclude that indeed, you are One Beautyful One That Was Born . Mungu Akubariki. God Bless You. Love, Mama, Dad, Emmanuel and Chid Copyright © Hana Njau-Okolo 2008. All Rights Reserved.
10 comments
Read more

Me And My New Boots, Yesterday 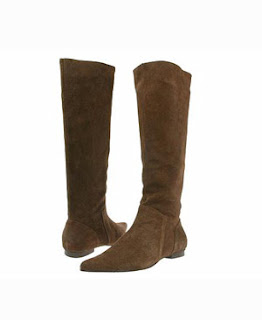 I clutched the scarf around my neck, tightening it a smidgen. White, cold, flaky stuff was falling with no rhyme or reason. Intermittent flurries, not sporadic enough to prevent a million of them from landing on my freshly straightened hair. I didn’t care. There was no time to return to the office for the umbrella. I had just an hour during lunch to walk the half mile to the bank, complete the transaction and return to clock in at 2:00 p.m. Sharp. It was not chilly, just disagreeably damp. I made a futile attempt to zip my jacket. This week my bust was not budging. I clasped my hands instead. The hallway coat closet needs re-inventorying before the month is over. I walked past MARTA, up Lenox Road towards Peachtree Street. I am a master walker. Right, left, right, left. A gentleman ahead of me branched off towards the slanted cobblestone walkway leading into the Lenox Building. A shortcut. I followed. He seemed to slow down. I kept walking. Left, right, and then! My left foot skid
7 comments
Read more

We are back to a regular work week, most of us. Some are considering what to do with Thanksgiving leftovers. Some don't even want to think about food. Are there those among us who are experiencing Black Friday Remorse and Cyber Monday Blues? Or those that are marking off to-do lists, shopping lists, and planning the next holiday? Let's take today to focus on the concern around the world. Because, it is only when our level of consciousness and compassion is raised that we can collectively fight the stigma that is attached to the epidemic that former UN Secretary-General Kofi Annan called "the genocide of a generation." I urge you to harness your personal resources (spiritual, physical, economic) and commit to making a difference. First and foremost, recognize your ability to do so. Visit Twana Twitu and learn about how you can make a difference in the lives of Orphaned and Vulnerable Children (OVC) in Kenya. Peace.
2 comments
Read more
More posts