Stillness In the Wind 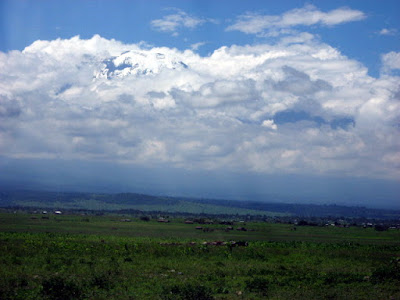 If you want to talk to the gods, tell it to the wind...

They lusted at the expanse of green through the wrought-iron railings. Lush blades of grass so close-knit they formed an undulating moat around the ranch. Red brick palatial buildings occupied the front half of the property. The servants’ quarters were in the back garden before a generous array of indigenous trees lined up in a pageantry befitting the stately residence. The morning’s dew evaporated into the air, diffusing the scents of fig, camphor and grass, causing the hungrier cows to kneel on their forelegs, crane their necks, poke their heads through the fence and wrap flexible tongues around new tender growth. The persevering group: five herders, alongside a throng of hides, hooves, hot mouths and clanging cowbells, crowded the gates with attendant horn flies congregated on their backs. 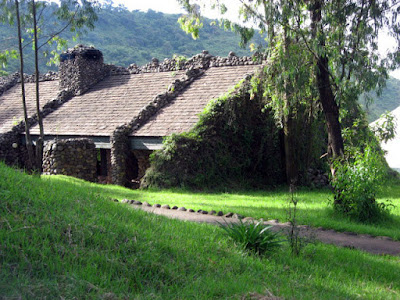 The morning had begun with the promise of an equatorial December, the rays of the sun would be perpendicular to the surface of the earth by noon.

“Nini?” The guard’s rude voice assailed them through the gates.

The cattle stomped their hooves and their long flowing tails swept the air, propelling pungent hints of cow dung in his direction. The herders leaned into the flanks of the cows closest to them, and with gentle reverence stroked, quieted them into a mood immediately absorbed by the herd.

“Nyinyi nani?” Who are you? The guard stood firm; in a world very distant from the narrow footpaths leading to the cattlemen’s homesteads. He adjusted the strap of the upturned rifle on his shoulder, and then rested his fingers on the Walkie Talkie strapped to his belt.

Koinet stepped forward. “The President told us we could graze our cattle today. This is the permit.” He presented a paper weathered by its transfer from hand to hand.

The guard thrust his face forward. “Inasema?” What does it say?

“Livestock Grazing Permit,” Koinet accurately guessed the guard’s inability to read, “it is like the permits given to graze in the Maasai Mara National Reserve,” Koinet added. “This one is for seven hours per day.”

"How much did you pay for that?”

“It was free. From Ministry of Agriculture, approved by the president.” Koinet said, holding onto the shuka lifting off his shoulders in the light breeze. The rest of the herders hummed a singsong response, in support. They did not care that their wrappers were flapping to bare their tattered loincloths and their privates. Their ashy legs and feet stood encased in sandals crafted from old tires, shock-absorbers, thick enough to tread innumerable kilometers in search of grazing ground. 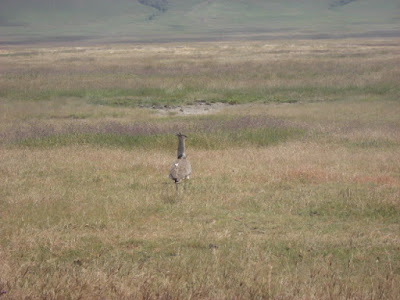 The guard turned his back to them, unclipped the Walkie Talkie from his belt, and dispatched a message.

The cows eyed the sumptuous overseeded green lawn, eager to offer a mowing to the expanse big enough to pasture one hundred cattle. The coarse and dry tufts they had come from yielded poor, under-producing dairy cows and emaciated beef for slaughter.

“Yes, those are the orders: as long as the President is not around.  Kitui, let them in.”

Kitui turned to them and said, grudgingly, “Ok. You can enter, for only three hours,” he added pleased with the little authority he could command.

“And make sure you clean the shit before you leave,” he added.

The hungry cattle hurried through the gates with bent heads tugging at the tendrils, crowding the entryway and causing a brief jam before the gentle prods and whistles of their masters urged them on.

“Asante --” Koinet began but the guard interrupted him.

“You will give me some chai, eh?” Kitui said.

“We have nothing left; we used the last of it to buy our water.” Koinet said.

Koinet and the herders steered the cattle through the well-tended property. Except for the herders’ subdued voices and the gentle snorts of the cows there was stillness, a feeling of being in a sanctuary, witnessing the orderly grazing, ruminating and resting of cattle. Unlike the barren landscapes of their homesteads this was a temporary reprieve for the long suffering. The bore-hole and the stream running at the bottom of the garden assured its sustenance.

These days finding fresh pasture was as unpredictable as the weather patterns.